Please note this list is not exhaustive and is an attempt to list DA’s that may be of community interest. Details should be sought from the Application Tracking website of LMCC

Adjacent residents have expressed concerns that
Community submissions on this development are currently being accepted and an extension for the comment period has been sought. 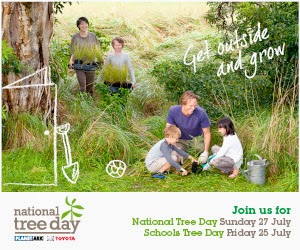 NationalTree Day this year will see Gurranba reserve receive a botanical boost of 400 Kangaroo grasses (Themeda triandra) abounding alongside the path to the headland.

LMCC currently mows a two-meter strip regularly and in the process spreads exotic grass seeds …weeds, into the foreshore plant community that landcarers are caring for. This planting will do away with the need to mow this strip and the attractive red-tinged tufts of Themeda grasses will wave in wind and replace the exotic grasses in a 200m long buffer strip.

Themeda is an attractive grass which can also be used as an ornamental in rockeries, as part of a native habitat garden or can be grown in a more formal garden for its interesting colour and texture. It currently grows in Gurranba reserve and gets to about 1m in height.

Coal Point Public School students will be lending a hand with the planting on Friday 25th July and on Sunday 27th July the community planting will occur from 10am-noon with planting and mother-of-millioning.


If you have any questions about the planting that is proposed please contact Jason Harvey at the Landcare Resource Centre on 4921 0392.

Have you ever had a patch of weeds and wanted to get rid of them without chemicals?


Have you ever had so many weeds your green waste bin was full?

There’s a solution to both these problems that is being successfully utilised around our local reserves…solarisation of weeds.

The Weekend Gardener says it succinctly “Solarisation is a simple nonchemical technique that captures the radiant heat and energy from the sun and causes physical, chemical, and biological changes in the soil. These changes lead to control, or suppression, of soilborne plant pathogens such as fungi, bacteria, nematodes, and pests along with weed seeds and seedlings”.

Local landcarers will be using this technique to prepare the planting site for National Tree day at Gurranba reserve. It will involve laying and securing black plastic over the area to be treated for 4-6 weeks, heating up the soil and killing off a range of weed seeds and pathogens prior to planting.

The technique has also been used to compost weed material on landcare sites saving both time and resources in trying to remove a lot of weed material. You may have noticed the black solar sausage rolls in some of our reserves. The rolls heat up and compost the contents allowing the nutrients and organic matter that was incorporated into the weed material to be returned to the reserve in a non-invasive form.

The Asparagus plant we struggle with doesn’t produce delicious, edible spikes but seems to attract birds, which enjoy their red berries and spread the seeds everywhere (including constantly in our garden). In its several weed forms Asparagus covers the ground, climbs trees and sometimes takes shrubby form, even sometimes looking quite different (as Bridal Veil Creeper) which has recently been declared a Class 1 Noxious weed in NSW and in all these forms since 2012 has been listed as a Weed of National Significance.

We have most of the Asparagus weed forms in our reserves and often in the gardens which surround them which makes control very difficult and the work, especially on slopes, hard on legs and hands especially when they are bigger and have a firm hold on the ground. Any assistance with control of these prickly plants in gardens helps and is much appreciated.


Here is a removal technique on the blog.
Posted by Coal Point Progress Association at 10.6.14 No comments:

The Threatened Species project recently received a visit from the Grant Administrator Stephen Hardy who provided some extremely positive feedback on the 2nd year of activities.

The feedback report states “The grantee continues to achieve outstanding results and excellent value for money with this grant. Output targets for number of volunteers, hours, number of students and area of weed control have been significantly exceeded. Monitoring of progress has been implemented at a very high standard. The project is well on its way to meeting its objectives”.

The report provides further positive feedback stating “ Project management and coordination of activities has been of a high standard and the grantee is to be congratulated on their achievements to date. It is very pleasing to note the level of volunteer input toward this project. This is an excellent example of the potential for community champions and volunteers to effect environmental change at a regional scale.”

Landcaring in May has been largely West Ridge month enjoying the amazing diversity of the new plants coming up after the rain. We’ve been tackling the regrowth of Ground Asparagus before it seeds and the “weed wattles”/ Queensland Silver Wattles/ Acacia podalyrifolia – which are producing their usual crop of small seedlings and are spreading rapidly all around the area at the expense of the “locals”.

A further sweep for Formosan Lily showed that our earlier efforts are thankfully showing good results as these too are a serious problem around the lake with their thousands of papery seeds.

With five Thursdays in the month of May we’ve also been able to do some “catch up” at Carey Bay Wetland, Burnage and Yarul Reserves where growth of Farmers’ Friends/ Cobbler’s Pegs/Hitchhikers has been phenomenal after the rain.

My Life Membership of CPPA means a lot to me but my contribution has been possible only because of the effort, knowledge and support of a small group of very enthusiastic and aware “locals” who made it possible to keep up and grow the hours and quality of the work we do in our reserves.

For the first 10 years of the Landcare Group the monthly working bees on Sundays, combined with projects involving other sources of help such as Green Corps, achieved a lot. Gurranba Reserve had the first such project with the gully that carried ridge runoff but had become a Lantana filled wasteland being transformed.
At Burnage Reserve Suzanne Pritchard, Grahame Wrightson and Tony Dynon managed another transformation of a weedy but special rainforest patch that was also carrying large runoff. An Envirofund Grant for Stansfield Reserve involved John Greenhalgh and the “team” in an interesting challenge…a mass of Asparagus Fern.


These projects needed continuing upkeep beyond the usual monthly working bees and some of us became envious of the fun the BITT (Bushcare in Threlkeld Thursday) Group, among them Grahame McCrohan, Jean Austen and Audrey Diggins, were having every week in that special patch so decided we could do the same in some of the other 12 reserves of Coal Point and Carey Bay.

Judy Kelly (who now lives at Medlow Bath but visits us), Robyn Garrett, Judy Hughes, Dianne Onslow, Lois Simpson and Margaret Byrne have, with their enthusiasm and commitment made weekly landcaring happen. They have ensured more is achieved and several more reserves including Carey Bay Wetland (at Janelle Heslop’s suggestion) and the large, growing (as council acquires more land), very special West Ridge Reserve, are cared for.

The Threatened Species Last Stand Project has become “the icing on the cake” for the small local team. 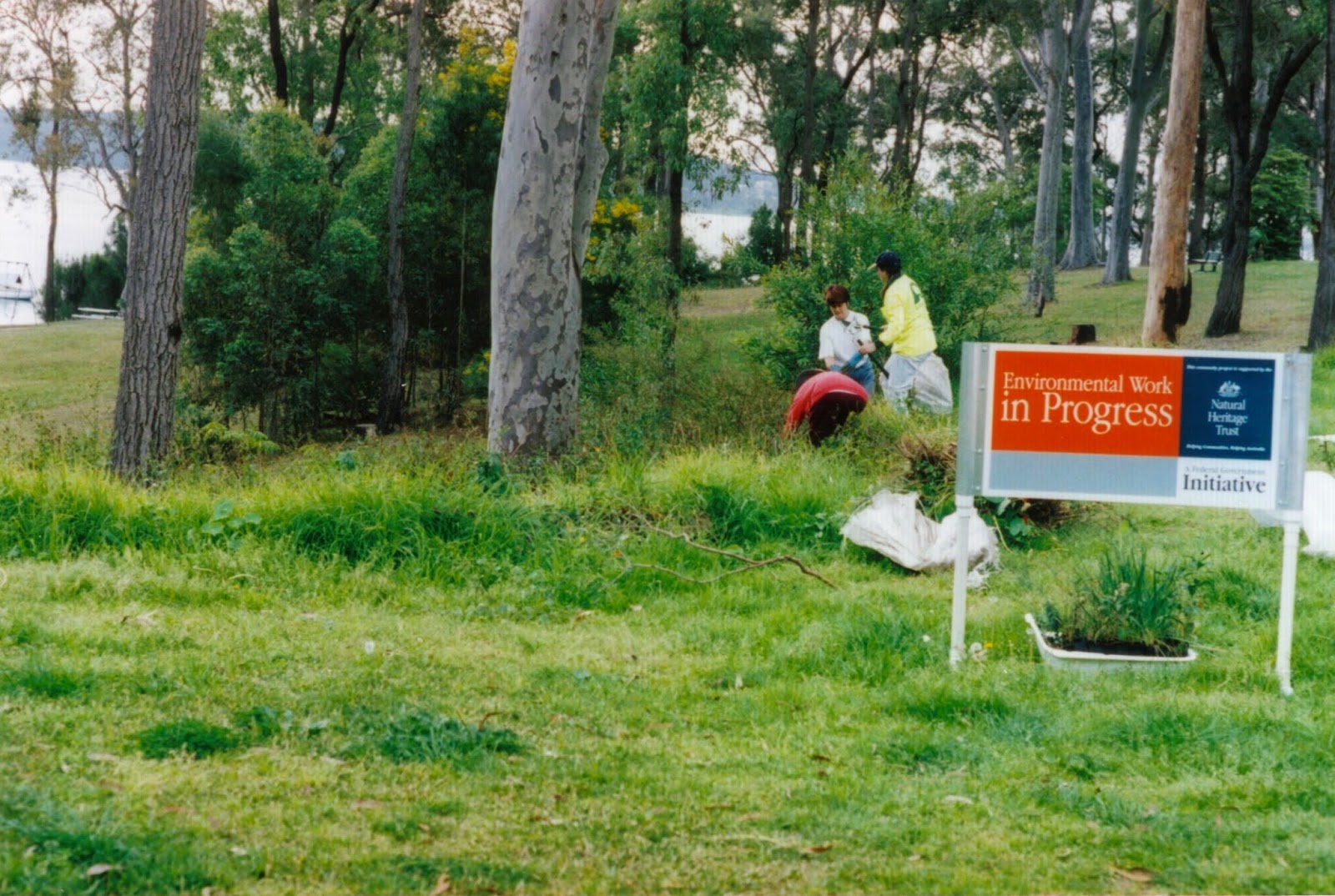 I value the belief in local action but wider awareness that has supported the Progress Association ever since its formation in 1946 but especially with Suzanne Pritchard’s leadership for the last 20 years and am thankful for Life Membership for doing something I enjoy so much.
Posted by Coal Point Progress Association at 10.6.14 No comments:

Email ThisBlogThis!Share to TwitterShare to FacebookShare to Pinterest
Labels: Landcare

Got a birdbath? Bathing Birds Project is looking for citizen scientists 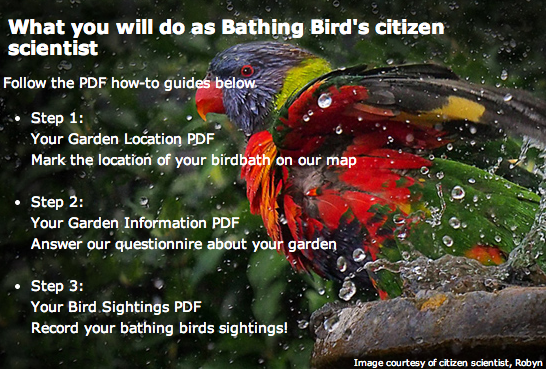 National Parks Association of New South Wales (NPA) in partnership with Birds in Backyards and The University of Sydney are seeking participants for an exciting new citizen science initiative: Bathing Birds. In this initiative we will be exploring which birds are using bird baths and how our gardening habitats are influencing which birds are present.

The project will run from Friday the 27th of June until Sunday the 27 of July and we will run the project again in January to compare differences in birds using the bath. To take part all you need is a birdbath that you can monitor for 20 minutes up to 3 times a week

If you are already registered as a citizen scientist with NPA please contact Dr. Gráinne Cleary at grainnec@npansw.org.au. If you are new to NPA citizen science, go to www.bathingbirds.org.au to sign up! 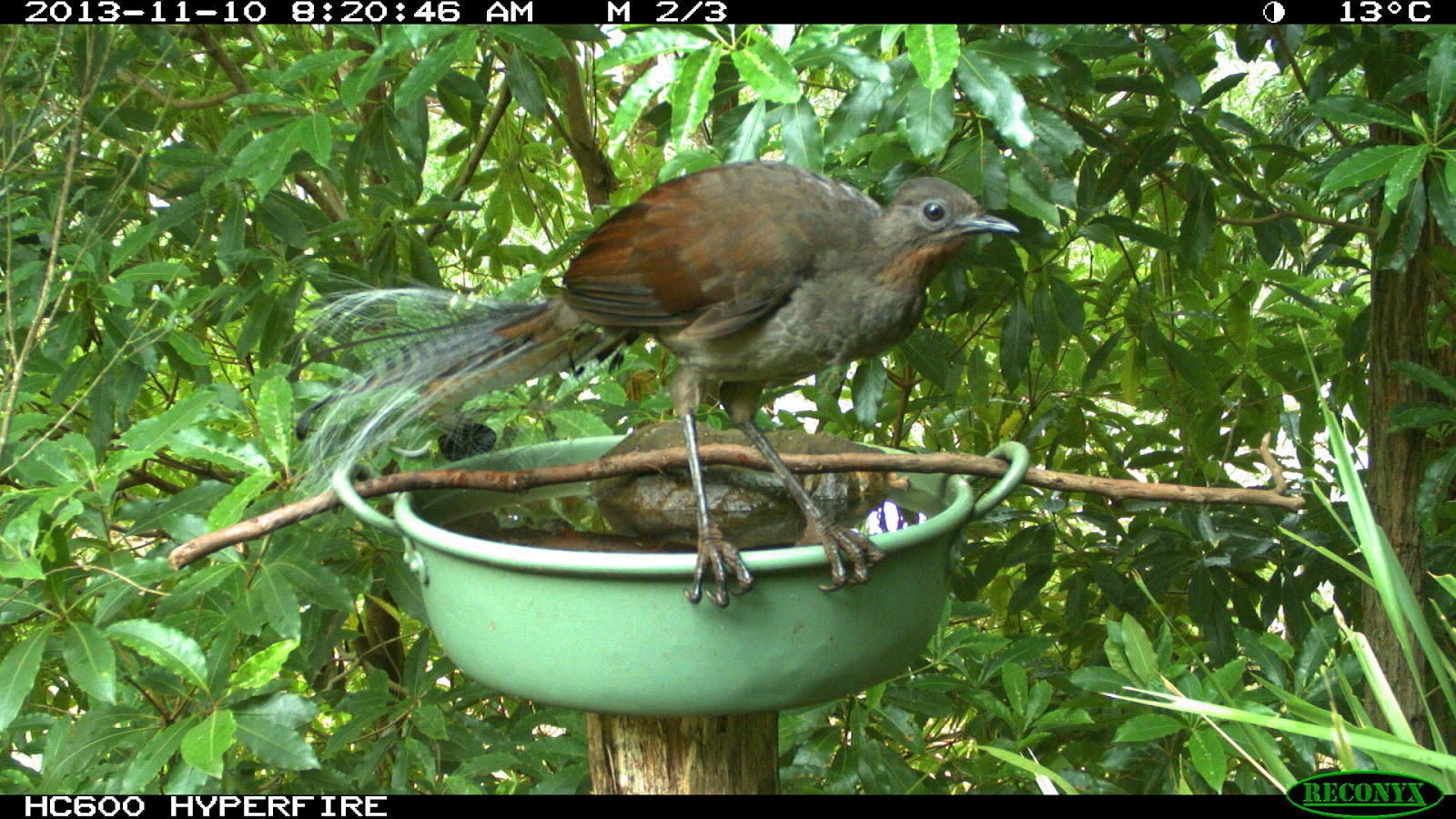 Want to join the CPPA?

Membership to the Progress Association offers some significant local benefits. Access to Progress Hall for hire, opportunities to get additional support looking after your bushland block through the Threatened Species project and the knowledge that your commitment to the community is being considered in  discussions about local developments.

Join us for some hands on learning about how to attract native wildlife into your garden and create your own backyard habitat!

Please bring gloves and wear clothing and footwear appropriate to assist in a small planting activity to improve local habitat.

Where: Landcare Resource Centre, Toronto Road, Teralba
RSVP: To Council on 4921 0333 or council@lakemac.nsw.gov.au
Posted by Coal Point Progress Association at 10.6.14 No comments: 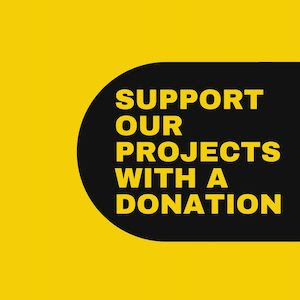 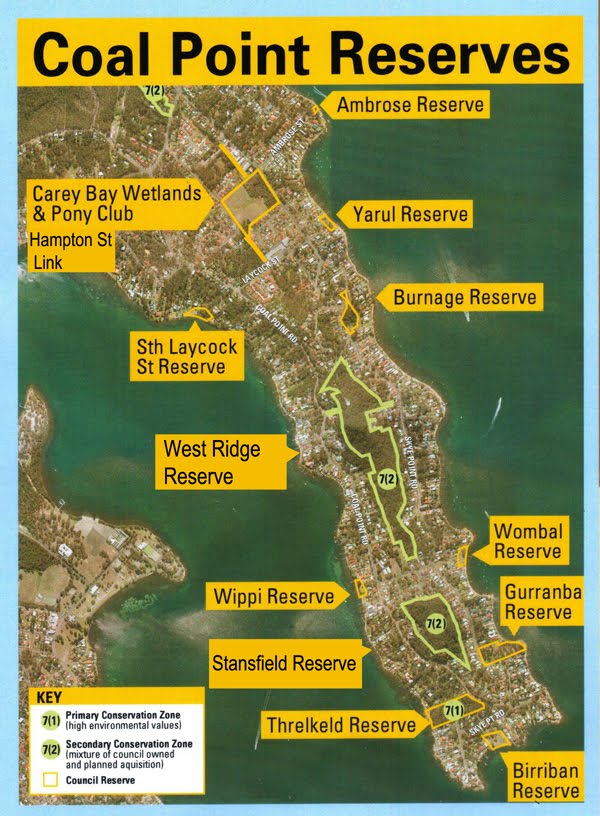